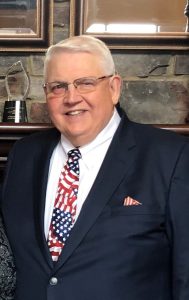 Grayhill, Inc. announced that after nearly 47 years of service to Grayhill, Dick Neumann has decided to retire in August of 2022.

The company said in a statement:

“In our company’s 78-year history, few have had as much of an impact on our success as Dick Neumann. His presence will be missed by our customers, sales reps and most of all by those of us who have had the good fortune of working with him over the years.

After graduating from TCU in 1962, Dick went to work for Grigsby as a purchasing agent. From there, he joined the sales rep firm Hill Gray, where he was first introduced to Grayhill products. Dick was recruited to Grayhill in 1976 as the Western Regional Sales Manager. Over his career in sales, he held the roles of national sales manager, vice president of sales and marketing and vice president of special projects. Along the way, he also became a legend in the electronics industry for his candor and passion.

His passion for customers as well as those he worked with embodies everything that is great about Grayhill. He has had an impact on the lives and careers of countless Grayhill associates and North American sales reps. This will be his lasting legacy.

Over the coming weeks, we will be finalizing and communicating plans for recognizing him and celebrating his retirement. Please join us in congratulating him on his distinguished career.”