Speakers are listed in alpha order by last name. Additional bios will be published as breakout sessions are finalized. 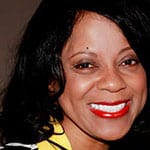 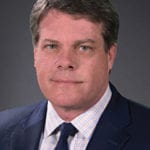 Michael Knight is the senior vice president of TTI Americas, a Berkshire Hathaway subsidiary, and is responsible for product management, corporate marketing and sales for key vertical markets. He also is responsible for mergers and acquisitions at TTI, and he heads the newly-formed TTI Semiconductor Group, which consists of two acquisitions — Symmetry Electronics in North America and Changnam in Korea. Michael has worked in the electronic components industry since the mid-1980s. Prior to joining TTI Americas, he worked for a number of distributors and component manufacturers, including a manufacturers’ rep firm in Northern California. He has held a variety of national and global leadership roles in sales, marketing, operations and general management. In the late 1990s, Michael launched a successful tech start-up in the semiconductor materials space. 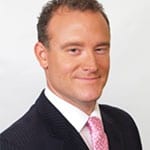 Jason Schenker is president of Prestige Economics and chairman of The Futurist Institute. He has been ranked one of the most accurate financial forecasters and futurists in the world. Bloomberg News has ranked him a top forecaster in 42 categories. Schenker also was ranked one of the top 100 most influential financial advisors in the world by Investopedia in 2018. He advises executives, industry groups, institutional investors and central banks as the president of Prestige Economics. He has advised NATO and the Department of Defense on the future of work, blockchain, Bitcoin, cryptocurrency and fake news. Schenker is a columnist for Bloomberg Opinion and has written eight books. 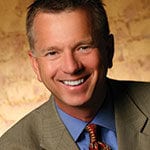 Tim Wackel is the founder and president of The Wackel Group, a sales training and consulting firm dedicated to helping organizations find, win and keep customers for life. Wackel is one of today’s most popular sales speakers who has mastered the ability to make information entertaining, memorable and easy to understand. He combines more than 30 years of successful sales leadership with specific client research to deliver high-impact programs that go beyond today’s best practices. Wackel’s keynotes and workshops are insightful, engaging and focused on providing real world success strategies that audiences can (and will) implement right away. His list of clients includes organizations like Allstate, Cisco, Hewlett Packard, Wells Fargo, Lexmark, Philips Medical Systems, Red Hat, as well as many professional and trade associations. He earned his Electrical Engineering degree from the University of Nebraska and currently lives in Dallas where he and his wife raised their two children and are now enjoying more time on the golf course.