The Electronics Representatives Association (ERA) held an inaugural event on Feb. 21, 2018, at the World Trade Center Guadalajara, Jalisco, Mexico, to showcase ERA’s value proposition to manufacturers’ reps, distributors and manufacturers, and help decide on the formation of the Mexico ERA Chapter, its officers and its direction to support the greater Mexico marketplace. 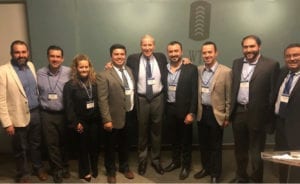 ERA is the largest electronic components representative trade association in the world. Many existing ERA members already support the greater Mexico market through their membership in the U.S.

The meeting, which attracted more than 50 people, featured networking opportunities, as well as a presentation about ERA with the goal of assessing the industry’s interest in opening an ERA chapter in Guadalajara to support all of Mexico. The event was a resounding success, with the formation of a Mexico chapter being agreed upon and nine local attendees expressing their interest in being part of the chapter leadership. The Mexico ERA Chapter will be responsible for appointing directors who will elect officers to run the chapter following the bylaws established by ERA National. 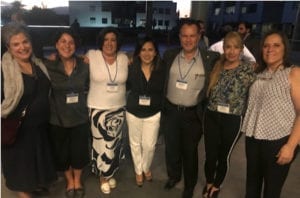 ERA CEO Walter Tobin, who spoke at the meeting, shares his thoughts on the success of the event: “I was honored to have the opportunity to speak in front of so many leaders in the industry and present the benefits of ERA’s value proposition. The feedback from the group was overwhelmingly positive, and the interest to create a chapter is strong. We couldn’t be more excited to collaborate with the manufacturers’ reps, distributors and manufacturers on this initiative. We are ecstatic to see that the group recognized the value of ERA’s membership and are eager to take the next steps to form a chapter. This event was a huge success on all fronts!”