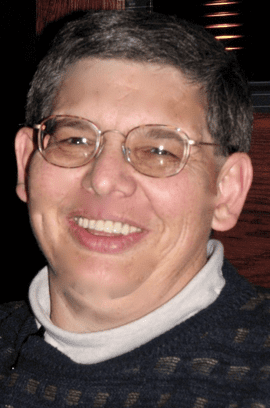 The Electronics Representatives Association (ERA) has announced that Chuck Tanzola, CPMR, vice president of business development of the Fusion Sourcing Group, a northeastern U.S. rep firm covering multiple territories, is the 12th recipient of the Ray Hall Spirit of ERA Award. Tanzola, a 37-year veteran of the electronics industry rep profession, has been a member of the ERA Executive Committee since 2015 and currently serves as senior vice president / fiscal and legal. He has held many offices in the Empire State Chapter of ERA and was the 2008 recipient of the Jess Spoonts – ERA White Pin Scholarship Award. He is also now serving on the 2018 ERA Conference Breakouts Sub-Committee and will moderate a breakout seminar at the conference on the topic of “Global Principals and Suppliers: Addressing Cultural Differences and Diversity.”

The Ray Hall Spirit of ERA Award was established in 2004 to honor the now-retired CEO who had served ERA for more than 40 years. Hall asked that the award recognize individuals who exemplify the spirit of ERA through their commitment to serving and advancing the professional field sales (manufacturers’ representative) function.

Tanzola was nominated for the award by the Empire State ERA Chapter. The entry, submitted by Jim Gleason, the chapter president, noted: “Chuck has been a mentor and strong advocate for field sales for several decades. He is particularly fond of the rep business model and as such dedicates his time and talents whenever he can in support of local and national initiatives … [He] is accessible and available to help anyone who may be in need with regard to being and operating as a manufacturers’ representative. His approach and passion for the rep business are pervasive in his ubiquitous presence in the local and national communities.”

When notified of the award, Tanzola described himself as speechless. After taking time to reflect on the award, he said, “I am honored to receive the Ray Hall Spirit of ERA Award. I’ve always known Ray to be a tireless advocate for the rep function in general and for ERA specifically. To be recognized with an award in his name is truly humbling.

“I am thankful for the support of my Fusion Sourcing Group partners and colleagues who allow me the opportunity to serve our association. I appreciate the camaraderie of my cohorts in the Empire State Chapter, on the national executive committee of ERA, and within the ERA staff, all of whom continually give generously of themselves. And I am fortunate to have forged so many tremendous relationships throughout our industry. I consider it a privilege to be part of this association, where the spirit of community — the spirit of ERA — transcends traditional business conventions.”

The Ray Hall Spirit of ERA Award will be presented at the association’s 49th Management and Marketing Conference, running Feb. 25 – 27, 2018, at the AT&T Conference Center in Austin, Texas. As the award recipient, Tanzola receives a full conference attendance package covering his airfare, registration fee and hotel costs.

The 11 previous recipients of the award, who served as judges of the 2017 entries, are: