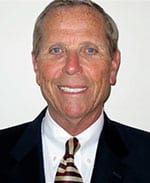 I’ve worked with reps from day one of my career … So I’ve always understood and respected the rep model.

On Sept 14, 2015, Walter E. Tobin assumed the post of chief executive officer and executive vice president of ERA, taking over the joint responsibilities of Tom Shanahan, the CEO since 2004, and Bob Terwall, who for several years held the staff position of association president. Tobin’s hiring was recommended by the ERA Search Committee, chaired by Mark Conley, ERA’s immediate past chairman of the board. The appointment was then approved by the ERA Executive Committee and Board of Directors.

Tobin is an electronics industry veteran with more than 30 years of experience in sales, marketing and executive/corporate management positions. For the last nine years, he was the corporate vice president of Future Electronics, and prior management positions included 12 years at Pioneer-Standard (acquired in 2003 by Arrow Electronics) and 15 years at Arrow Electronics. Tobin holds both a B.S. and MBA from Boston College and is a former U.S. Army Captain.

Before he began his tenure with several days of ERA staff meetings in Chicago, Tobin was interviewed by The Representor about his new role. Read on to learn what he had to say.

Q: How well do you know the rep business and function?

I’ve worked with reps from day one of my career when I was a buyer for a distributor. Most of the lines I was buying were handled by reps, and the first rep I met was [ERA Hall of Fame member] the late Tim Coakley. The young distribution manager with him was Bob Walsh [of Coakley, Boyd and Abbett, Inc., a past president and chairman of ERA]. I learned right away that working with reps is all about relationships and the reps keeping their word.

So I’ve always understood and respected the rep model. Reps are an extension of their principals, acting as their field sales force, selling into customers and supporting distributors as partners, NOT competitors, and in concert with their suppliers. They provide sales and technical training and drive revenue for their manufacturers.

Then four years ago at Future, I convinced Mr. Miller [Robert Miller, the founder of Future] to form a rep council, making it the only distributor with a formal rep council. I headed up the council and, over the last few years, I also coordinated many visits to the Future headquarters in Montreal by groups of 20 reps at a time. For all the council meetings and those rep visits, Future pays all expenses. So I’ve spent a lot of time with reps in recent years and have enjoyed every minute.

Q: What has been your background with ERA?

I’ve known ERA over the years and worked with two past presidents, Mark Conley and Bob Walsh, as well as other members on the Future Rep Council. I’ve known Tom Shanahan and Bob Terwall from industry events in recent years, and I began to engage more with the association when I spoke at the last two ERA conferences. Future was a sponsor of those events, and it is again this year. I’ve also been interviewed for several articles in past issues of The Representor.

Q: What prompted your interest in the ERA CEO position?

I thought this would be a chance for me to use my knowledge of the distribution channel and the manufacturing community to continue ERA’s advocacy of the rep model to our industry. I know many rep firm senior managers and owners, and I’ve always been impressed with the professionalism of ERA members. This opportunity also allows me to give back to the industry that has been my home for my entire career.

Q: What are you looking forward to in your first year, and what are your main goals?

There’s quite a list! First, I want to improve my understanding of ERA and get grounded in the organization so I can represent it across the industry and articulate its value proposition.

Second, my goal is to grow the membership by showing a strong value proposition while expanding ERA into a truly global organization. For instance, the rep model in Europe is very different than in North America. Most reps there are stocking reps. They are a major new audience because ERA can take a leadership role in teaching the European electronics industry about the North American rep model. Asia should be another prime market for us.

Third, I want to look at adding new products and services to our member portfolio.

Fourth, I hope to broaden the sharing of best practices across the ERA membership. That, along with new products and services, will enhance our value proposition.

Q: What are the most important challenges you see ERA facing now and in the near future?

General consolidation in the industry is a major challenge, and more recently, consolidations of suppliers and rep firms are having a big impact. Many reps are now covering multiple territories.

Another challenge for reps is reduced commission rates (see both From the Top and From the Association Round Table in this issue) while having to deal with the doing-more-with-less phenomenon. Reps are also adding a lot of expense to their operations to meet the demands of their principals for non-selling services, and their bottom lines are being significantly affected. So perhaps ERA can help our members move into new products and services that could help balance or reverse those revenue losses.

Q: What do you want ERA members to know about you that hasn’t already been mentioned?

I believe strong supplier relationships are vital to reaffirming and broadening the rep business model. I am passionate about the rep profession, and I am determined to do what is right for ERA members. I am here to serve them.

This is a great opportunity, and I want to build on what Tom Shanahan and Bob Terwall have done. I want to listen and learn, and I am committed to success.

This article was written by Tess Hill, editor of The Representor.