Looking back and ahead … and the questions that bring on ‘hmmms!’

Home → ERA Publications → Representor Archive 2015 → Looking back and ahead … and the questions that bring on ‘hmmms!’

Looking back and ahead … and the questions that bring on ‘hmmms!’ 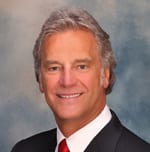 … many accomplishments in 2014 have pointed us in the right direction, and much of what will happen in 2015 will continue that progress. As long as we care, strive to improve and keep pondering, we’ll keep saying “hmmm” A LOT!

After an impassioned and well-reasoned plea from John Hutson, CPMR, of The MacInnis Company, ERA once again participated in electronica. John and Holly Myers, CPMR, of Wallace Electronic Sales worked the floor and booths with presentations that they had prepared specifically for Europeans attending the show. With Tom Shanahan and Mark Motsinger, CPMR, also of Wallace Electronic Sales, manning the booth, the four were able to engage 60+ European reps and manufacturers to discuss the benefits of the rep model and the U.S. market.

Notably, they observed that, with the quickly expanding footprint of U.S. distribution in Europe, many of the traditional European “stocking reps” are eager to learn and adopt the U.S. rep model. They would rather work with the U.S. distribution “behemoth,” than compete with it.

Speaking of learning, ERA has continued and is planning many educational initiatives. In 2014, we published two new white papers (“Thriving on Change 2014” and “Guidelines for Planning a Territory Visit”), conducted a LinkedIn survey and totally revamped our COLT (Chapter Officer Leadership Training) program which won rave reviews from attendees.

The headquarters team has also established a free teleforum library online and posted an online dictionary of industry terms, acronyms and definitions. Of special note, the six ERA teleforums offered in 2014 had excellent content and exceptional audience interaction.

Now in the planning stages and coming up in 2015 are: “The CFO Project,” an in-depth study of the true cost of field sales, both direct and via rep; six more free teleforums; and numerous surveys, including the annual Rep Firm Employee Compensation survey slated for the first quarter. I am most excited, however, that a committee has been assembled, a chairman named and planning has begun for our next ERA Conference. The conference committee chair, Tom Griffin, CPMR, of Catalyst Sales, and his team have decided to really “shake things up” and hold our next event on Feb. 28 through March 1, 2016, at the AT&T Conference Center in Austin, Tex. It’s a leap year … it’s Texas … it’s going to be big! !

Also in 2015, there are some extremely important transitions coming for ERA.

First, EDS is moving to the Mirage, a great hotel and with a much more efficient layout for the industry’s most important gathering. (But, where’s the “round bar”?)

Two other VERY important transitions will be occurring this year. For one of those, our ERA Chairman, Mark Conley of O’Donnell Associates North, has volunteered to chair the search committee seeking a successor for ERA’s management team, Tom Shanahan and Bob Terwall, who have both decided, “it’s time.” We hope to have a new CEO selected, approved and in place by late 2015. This is probably the most critical decision that ERA will make in a long time.

That said, the other transition is also a vital one! In 2015, Tess Hill, whom I consider the wheel that holds the ERA cogs together, will begin easing into retirement. It should be no surprise that we have hired TWO people to manage her workload! Welcome to Katie Boysen and Stephanie Tierney!

So as we march into 2015, what are some of the things that make us say “hmmm?” Will North American electronics production continue to leave the U.S.? Will energy and Smart Grid spending continue to outpace IT spending? Will the AT&Ts and Verizons continue to decrease infrastructure spending? Thankfully, the Internet of Things will continue to fuel related sensor and wireless sales.

And a little closer to my rep heart: Will reps continue to reshape their portfolios and services to focus on products that are purchased and consumed within the territory? Will they select products and services that more closely align with one or more specific customers … or on lines that pay more for added services, new business and sales of focus products?

I wish I knew the answers. My pondering makes me say “hmmm” A LOT!! I do know that many accomplishments in 2014 have pointed us in the right direction, and much of what will happen in 2015 will continue that progress. As long as we care, strive to improve and keep pondering, we’ll keep saying “hmmm” A LOT!!