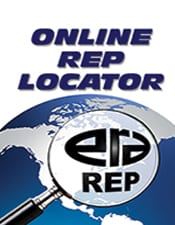 Well, 2014 sure flew by, and here we are in Q1, 2015, starting the annual sales cycle all over. It is looking like the AV and security markets will continue to move in a positive direction regarding growth. There are still significant projects that will carry over from 2014 into 2015, so I am hopeful for a strong first quarter in 2015, which would be welcome after the first quarter of 2014.

Manufacturers are still adopting ethernet (TCP/IP) as the protocol of choice for the connectivity of remote AV devices and the integration of complex security systems. I am hearing more about 10 gigabit networks to support growth plans for customers. Higher resolution cameras and control systems are requiring more network bandwidth, driving these higher capacity networks.

Local connectivity via Bluetooth is trending in the AV space. The ease of connecting to a conferencing or presentation system is just around the corner, if not already here by the time this article is published. Streaming of audio and video over ethernet to supply content to personal remote devices will continue to drive higher demands on networks. Several of our factories have invested in “pre-sales technical salespeople” to work with integrators and end-users in support of the sales reps who support high level technical pre-sales designs.

In the conversations I have had with our manufacturers, they are all forecasting 10 to 30 percent growth in 2015. The increased hiring across all markets is very encouraging in supporting these sales goals. In reality, most companies downsized in the past few years, so the hiring of staff is just bringing them back up to the numbers of two years ago. I am still hearing there is a shortage of experienced technicians available. The industry needs to address this shortage. It is a double-edged sword. Companies are so busy they can’t send techs to training classes, but this is also limiting the number of techs who can work on the more complicated projects. In some cases, training is being pushed to the manufacturers’ rep function, where we are doing more consulting on projects than sales. While this is the level of involvement we need in order to drive the sales, we are not compensated for this additional time spent on design and project management.

In closing, we are all facing challenges. To overcome them, we must adapt and adjust.

This year should be time of growth

As 2014 wraps up, we are looking forward to a new year of growth for the instrumentation and controls market in 2015. Plant upgrades continue to fuel an increase in the oil and gas and power generation industries. Job growth and expansion continue in North Dakota and Texas, which also involve a vast amount of instrumentation and control equipment.

The aerospace and automotive markets are enjoying slight growth in usage, both in production and test areas, that should continue into the new year. Also, mineral mining in the coal, silver and copper industries is forecasted to increase slightly in 2015.

Newer and more cost effective sensor technologies are allowing customers to measure parameters that they have not been able to measure before. Light, moisture, current and power can now be measured more accurately and for a modest price.

Signal communication types are achieving higher speeds while maintaining accuracy. USB and Bluetooth-based sensors are on the increase in applications. These are particularly interesting when they are paired with an Android or IOS application for use in plant monitoring and facility maintenance. The growing market of application and wireless communication security software is enabling this technology to move forward.

2015 also looks promising for robotics and automation technology. Embedded controls will be key to each of these markets. Processing power and onboard memory capability continue to increase without impacting the cost to the manufacturer. This is coupled with new technologies in positioning sensors and actuators.

What ‘futurists’ predict may not be so far away

When you read this, it will already be 2015. But as I’m writing, I am reflecting on the trip through 2014 and on what we accomplished, what we should have accomplished, and what we can do better in 2015.

Technology and everything around us is moving at such a rapid clip. It seems that, before we get comfortable with something, it’s out of date. As an example, for the past several years we prided ourselves in having our own server that hosts all our data and website. It seemed like the right thing to do. One of the review items was, “Do we really want to spend the time, effort and resources to do this when an outside resource can do it better and cheaper?” — not to mention, probably more reliably. We will be migrating to the cloud which will be more efficient, and we’ll have one less headache internally. That is a step in our ongoing efforts to remain, at least close to being able to perform efficiently in a very volatile marketplace.

I recently read a couple of articles that address the need to be a “futurist” in our thinking about not only where our industry is heading, but also where the world economy is going. One article was “Get a 20-Year Vision” by Mark Hoske, content manager of Control Engineering Magazine, and the other was “What Will the Plant of the Future Look Like?” by Marcelo Ferro, contributing writer for Packaging Digest. Both of these gentlemen presented some very thought-provoking insights into what they envision in both the short-term and long-term. (I guess what we used to consider long-term, three to five years down the road, is now maybe three to five months away.)

There is a constant demand for higher output and quality at a lower cost, with shorter development time to market, greater flexibility and customization, and “I want it tomorrow, or maybe later today.” That will probably be reality in the not too distant future. In fact, a good part of that equation is in place now. As we see the growth of IT and software capability in manufacturing, we see the ability of the systems to diagnose problems and put fixes in place before there is a serious interruption in operation.

The growth of nanomanufacturing, to include 3D printing, will enhance these capabilities by providing replacement items to repair the defective ones by the time they fail. Nanomanufacturing may also be found in retail applications, providing instant availability of items without the inventory overhead and potential obsolescence of items.

How about this same capability in dealing with the human component? In the 20-year vision, let’s imagine a monitoring system that will alert our medical professional about an impending problem and at the same time our nanomanufacturing equipment will be preparing the repair part. Seem far-fetched? So did landing a capsule on a small asteroid just a few years ago.