What I’ve learned about the impacts of rep commission cuts

Fall 2015 – From the Association Roundtable

What I’ve learned about the impacts of rep commission cuts 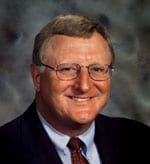 What I’ve learned is that commission cuts WILL have their downsides — maybe not immediately, but all very real and often dramatic.

.
Elsewhere in this issue, ERA President Dan Parks, CPMR, speaks in his “From the Top” column about a recent event whereby a notable semiconductor manufacturer announced an increase in the commission rate paid to its representative sales organizations. If you haven’t read that yet, I encourage you to do so as I’d like to weigh in on this development from the manufacturer’s viewpoint. You may know that I was a principal for 30+ years, most of that time in our exciting industry.

In a word, I’m encouraged by this move. For lots of reasons and for a long time, rep commission revenue has been on the decline. Unit price reductions in our electronics industry, globalization driving “split” commissions, reduced rates on major accounts and/or legacy business of some certain age and other events have contributed to steadily declining income for rep firms — what is called the “effective commission rate.” My experience is, if the contractual percentage to be paid is 5 percent, it is not unusual for the effective rate to be half that, and the same is true for other contracted rates, whether they be 3, 7 or others.

Truth be told, I was a bit dismissive of this trend for a while. My attitude was that the challenge of our industry these days is for us all to do more with less. Moore’s law, continual price reductions and other demands ask us all to run faster and jump higher.

Over time, however, I’ve been “enlightened” by seeing countless instances in which a rep firm has grown top-line revenue for a principal by a doubling or more and is being paid less than half of the previous commission dollars for it. Add to that some dramatic and unavoidable increases in representatives’ costs, with employee benefits first on that list, and I’ve been concerned for some time about the financial viability of many rep firms in today’s market. So this recognition from at least one manufacturer, albeit a big one, gives me hope.

Again, from a manufacturer’s perspective, let me share some of my own lessons learned on this critical component of sales force compensation. I’ve spent more time than I’d care to admit poring over income statements, trying to “make the quarter.” (For about half my career, we were a privately-held entity, and for an equal time we were publicly traded. While I hate to admit it, when you are publicly-traded, those quarterly analyst calls do affect your decisions.) You review the income statements for major pockets, and often the “commissions paid” line is a rich target.

Here’s the point. You ask yourself, “Where can I cut with minimal negative impacts?” You can convince yourself that a commission cut is tolerable for the rep sales force. It won’t have repercussions, particularly in the near-term. We’ve earned “emotional favorite” status, so we will be okay for a while.

What I’ve learned is that commission cuts WILL have their downsides — maybe not immediately, but still very real and often dramatic. This is more so the case as margins for all partners skinny down, and we all operate at maximum efficiency or not at all. A big problem is that reps won’t tell a principal what they won’t be doing due to their reduced income. They can’t, in many instances, because the politics prevent it, but that doesn’t make the repercussions any less real.

Said another way, when reviewing that income statement, it was pretty easy for me to identify what new product projects I’d have to table if I cut the engineering budget. Similarly, I could pinpoint what the costs and pain would be if I delayed that enterprise resource planning initiative or killed the investment planned for newer, faster automation. While less easy to pinpoint or identify what won’t get done if I cut commissions, the impacts are no less real and no less dramatic.

That’s not to say commissions are a sacred cow and therefore untouchable. Particularly as accounts grow, a reduced rate that still generates meaningful dollars to the sales force is appropriate. And, in my experience, a collaborative discussion on this, often initiated by solid rep firm partners, will yield the best long-term results for all.

I don’t know the identity of the semiconductor company that Dan references, but I applaud its approach. In essence, the company’s attitude is to avoid reviewing rep commissions (or direct sales force costs) as a cost-of-selling event on the income statement and instead look at commissions as an investment for which a return is expected. The result? A greater investment will yield a larger return.