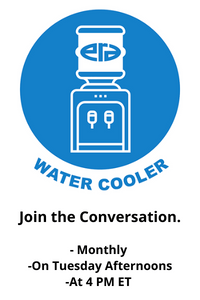 A book review and recommendation by Dan Beaulieu 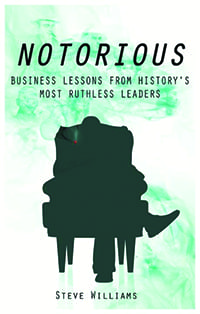 A bit of advice from the bad guys

Over the years, we have turned to a number of business experts; reading their words and “stealing” their ideas. We have talked about Peters, Godin, Tracy and a number of other business experts, and we have benefitted from all of them. Now I thought it would be interesting to delve into the dark side; to see how the bad guys got things done. How the most evil people who ever lived managed to get so far, before they were finally stopped by the forces of good.

I turned to my friend and fellow industry writer and guru, Steve Williams, who just coincidentally has written a new book titled Notorious, where he talks about the management skills of bad guys like Al Capone and Genghis Khan, which if you think about it, is a fascinating idea. These people were the best at what they did, at the top of their field; they succeeded and went pretty far, until they did not.

I thought it would be fun and, er … inspiring, to check out some of the leadership skills of these dark leaders.

From Steve’s new book, here are some of the leadership secrets of some of the worse people who ever lived.

Sun Tzu on strategy: He was a Chinese general and military strategist who wrote The Art of War — the quintessential handbook on how to successfully wage war. This book was written in the 6th century BC, yet still applicable today. This is what Sun Tzu has to say about strategy:

• Avoid your competitor’s strengths and exploit their weaknesses.
• Use strategic and tactical preparation to act with blinding speed.

Attila the Hun on leadership: One of the most famous bad guys of all time lived in the 5th century BC. Attila loved war and terrorized and ravaged the European continent. This is what Attila advises about leadership:

• Pick your enemies wisely.
• Rely on the art of negotiation.

Freydis Eiriksdottir on overcoming adversity: I had no idea who Freydis was until I read Steve’s book. It turns out she was Erik the Red’s daughter and Leif Erikson’s half-sister. Talk about a pedigree! She was a trooper in her own right. While the rest of the family was finding new lands, she was the one who was stuck with settling them. Doing that, she saw plenty of hardships so it’s no surprise that we would look at her expertise in the business of overcoming adversity. Her most famous quote was “Hand me an axe!” Here are her two tidbits of advice on overcoming adversity:

Genghis Khan on power: We all know this guy. He rose from nothing to become the leader of the Mongols, which is no small task. I’ve been to China, I’ve met some Mongols selling their giant knives laid out on furs on sidewalks in downtown Shanghai, and they are a bunch of tough dudes. It took a pretty powerful guy to lead them. Here is what he says about power:

• Lead from the front.
• Get the right people.

Blackbeard on building your brand: Certainly, one of my favorites! Blackbeard was an English pirate who operated around the West Indies and the eastern coast of Britain’s North American colonies. This guy knew all about building his brand, who could forget his old candles in the beard trick? He knew how to etch an unforgettable impression for sure: Here is his advice:

• You are your logo.
• Image is everything.

Al Capone on exploiting your niche: Scarface! Capone’s multi-million dollar Chicago operation in bootlegging, prostitution and gambling dominated the organized crime scene. He knew what his customers wanted, and he knew how to keep them happy, or else… Here are his words of wisdom:

• Know what your customers want.
• Customer satisfaction is key to success.

Sonny Barger on extreme leadership: Ralph Hubert “Sonny” Barger is an American author, actor, outlaw biker and convicted felon, who is a founding member of the Oakland, Calif., chapter of the Hells Angels Motorcycle Club. This guy knew how to lead, and more or less, control a bunch of mean-spirited but fun-loving thugs, so who better to teach us about not just leadership, but extreme leadership:

• Great leaders know they don’t have all the answers.
• Create an environment of empowerment.

Steve Jobs on insane success: Okay, so Steve was probably not as bad a guy as say Blackbeard, but he was certainly able to make his workers cry, and after all, he did fly the Jolly Roger from the top of the building where his gang of outlaw designers were building the infamous LISA. And, of course, he was one of the most creative people of our lifetimes. I certainly believe he knew what he was talking about when he talked about designing your way to insane success:

I had a lot of fun reading this book and a lot of fun learning what these inspirational leaders had to say. If I were you, I would not miss reading this one. Steve’s book, Notorious: Business Lessons from History’s Most Ruthless Leaders, is available at www.tracqms.com/shop. The eBook version will be available soon on Amazon.com and in bookstores near you!

Dan Beaulieu is the president and founder of D.B. Management LLC, a consulting firm specializing in all aspects of sales, marketing and branding with a focus on rep-principal relationships. His latest book is The PCB 101 Handbook which can be purchased online by emailing danbbeaulieu@aol.com. Dan is also the author of “It’s Only Common Sense,” a weekly sales column appearing at pcb007.com. Dan can be reached at 207.649.0879.