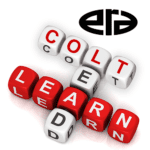 ERA has confirmed the 2019 dates for its hands-on educational Chapter Officers Leadership Training (COLT) program. The one-hour webinar segment of the program will take place on Wednesday, Oct. 23, 2019, and the in-person meeting will be held in Chicago, Nov. 6-7, 2019, at the Double Tree Hilton O’Hare-Rosemont.

COLT focuses on chapter management and planning tactics and is a vital tool for all chapter managers, board members and anyone taking on a chapter leadership role. The program details how to effectively run a chapter including hosting events, chapter bylaws, member recruitment, educational programming and more.

For more information on ERA’s COLT program or to register, visit https://era.org/era-events/chapter-officers-leadership-training-colt.

ARIZONA
Arizona ERA hosted its annual Medtronic In-Plant Show in June and an industry luncheon for members and industry associates in July.

The chapter also is finalizing the fall date for its General Dynamics In-Plant Show. The event will feature speakers from Benchmark Electronics who will discuss why the company is bringing manufacturing back to Arizona and making substantial investment in the territory.

Planning is underway for the 2020 Sonoran Silicon Valley Tech Show after an overwhelmingly positive feedback from attendees and exhibitors about this year’s event which attracted more than 150 engineers and industry professions. The next Tech Show is planned for Spring 2020.

The chapter announced that Mike Martin of Spectrum Marketing has been nominated to join the Arizona ERA Board of Directors.

CAROLINAS
The Carolinas Chapter is continuing to hold its bimonthly breakfast meetings.

Non-golfers were also invited to join in the fun with an afternoon of food and drinks, spiritual readings and music. The guests were asked to bring a food item for the Food Pantry of Long Island Cares. 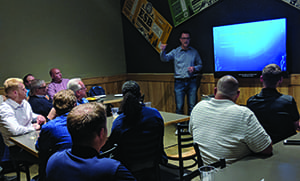 PACIFIC NORTHWEST
The chapter hosted a networking event in early June. The event attracted distributors, rep firms and even a small local CM. Marco Micheletti, a friend to many in the market, held an informative presentation, “The Importance of a Solid Supply Chain.” The chapter plans to hold three to four similar events each year.

SOUTHERN CALIFORNIA
The Southern California Chapter of ERA has had a busy 2019 hosting several events over the past few months.
In March, the chapter hosted an event featuring guest speaker, renowned Chapman University Professor in Economics, Dr. Raymond Sfeir. Dr. Sfeir spoke to chapter members on the topic of Southern California economics.
The chapter also introduced its new Board of Directors, at an event held at the Oak Creek Golf Club in Irvine, Calif.
In June, the Proudbird table top and social networking event offered chapter members several technical seminars and networking opportunities.

The chapter also organized a panel discussion over lunch at the Courtyard Marriott in Cypress, Calif., in July. The panel featured experienced electronics industry members who discussed how to best utilize LinkedIn for reps.
Southern California ERA is planning a number of events through the rest of 2019, including the ERA SoCal – Sagebrush 16th Annual Summer Social & Table Top Show on Aug. 6; various chapter meetings; as well as a charity golf tournament on Nov. 18, which will benefit Operation Homefront. 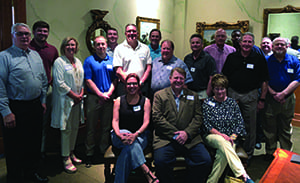 SOUTHWEST CHAPTER
Southwest ERA hosted a chapter event over lunch at Ye Shire Tavern in Dallas in June. The event had an excellent turn out with attendees brainstorming how to grow members and chapter events attendance. Byron Holloway of Fralia Company & Associates gave an in-depth presentation using tools to dissect a system down to the component level. The presentation applied to a variety of end products, and was very well received by the audience.