The ‘quiet’ movers and shakers: Steve Ross and Dennis McGillis

Many of the Where Are They Now? column notables have consisted of ERA Hall of Famers and past presidents. However, huge efforts and accomplishments have been achieved by members at the chapter level and with less glorious national titles as well.

Many of their contemporaries considered them to be the “quiet” movers and shakers. Both Steve and Dennis are exceptional communicators and two of our industry’s most likable people. As we say to our military veterans, “Thank you for your service.” 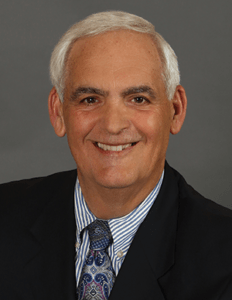 Where is Steve Ross now?

I wish to express my sincere appreciation for being included in this column. It is a humbling experience. I am proud of my long-term association with ERA and happy to have made so many wonderful friends along the way.

I was born into a rep family on the San Francisco Peninsula. My father, Dave Ross, started his rep company, the David H. Ross Co., in 1947. While growing up, I wondered if such a life would be for me. While attending high school, I took pre-engineering classes and studied for my ham radio license (W6HKX), which I still hold today. I also worked five summers for Zack Electronics, a well-known “parts distributor” in the San Francisco Bay Area. While working at Zack, I spent nearly every dollar that I earned on components to build circuits and equipment.

After graduating from high school, I attended Purdue University in West Lafayette, Ind., and completed my BSEE degree in 1965. Having taken the Reserve Officer Training Corps (ROTC) for four years, I spent the next two years in the U.S. Army as an Ordinance Officer and a Company Commander. My most interesting assignment was to provide maintenance support to the 82nd Airborne Division with the U.S. Forces Dominican Republic.

When my military service was completed, I enrolled at Tulane University in New Orleans to earn an MBA. Upon my arrival, my father contacted Dave McCoy of Cartwright and Bean, and he and his wife, Nona, took me under their wing. I was very grateful. During my second year, I married my Purdue sweetheart, Karen Strandhagen. After completing my MBA in 1969, I accepted a position as a product service engineer with Signetics, a semiconductor manufacturer in Sunnyvale, Calif.

After working at Signetics for about a year, my father invited me to join his company, which I accepted. Fortunately, Dad and I worked well together and we continued to do so until his passing 12 years later. I had a great deal to learn and my father was a wise and patient mentor.

Shortly after joining the rep company, I was introduced to ERA. In prior years, my father had served as Northern California Chapter President and National Director. When I joined ERA, I became its youngest member. Five years later, I was elected president.

Over my 31 years rep career, I had the pleasure of accepting a number of positions where I was able to work with groups of committed reps, manufacturers and distributors. These included: ERA Sr. VP of Membership, President of EDS, MRERF Trustee, and directors of ECI and WESCON. I also earned a CPMR, ERA White Pin, Honor Roll, and an ERA Life Member awards. It was also a special experience to have attended ERA’s first national conference in Honolulu in the mid-70s.

Looking back, it was truly a unique experience to have lived and worked in Silicon Valley while it was literally growing up around me. In fact, I knew of or sold to many of the same people who were mentioned in the Steve Jobs book. Of course, I wish I had the money to invest in some of these now-famous companies.

In those days, and if possible, it was desirable to retire early. Fortunately, and because I had a talented younger partner in Kevin Frost, the opportunity presented itself in 2001. I am pleased to say that Kevin has done a masterful job of growing Ross Marketing Associates, and the firm continues to thrive today.

After leaving the rep business, I spent a year recalibrating my life and seeking volunteer opportunities. My wife, Karen, served as my role model with her extensive non-profit board experience. At first, I accepted board positions but soon discovered that I preferred working one-on-one with those in need.

Over the past 19 years, I have served groceries to the low income and homeless; became a Court Appointed Special Advocate (CASA) to four teenage boys in foster care; served as a classroom aide and conversational tutor in several English as a Second Language programs; volunteered in a citizenship class, distributed sports equipment to underserved youth; and tutored young readers in five different elementary schools. Each of these experiences has been particularly rewarding.

My interests and hobbies have included: golf, travel, amateur radio, Stanford basketball, military and California history, classic cars, gardening, maintaining a Koi pond, poster art, and classical music. I continue to remain active in Rotary, and Karen and I visit our daughter and her family each week in Berkeley. Our son and his partner reside in the U.K.

After raising our children and enjoying 40 wonderful years together in Palo Alto, Karen and I decided to move to the Sequoias of Portola Valley in 2017. The Sequoias is a retirement community of 300 people nestled in the coastal foothills immediately behind the Stanford campus. Because the Sequoias is only nine miles from our old home, it is still close to our friends and activities. We’ve been happy here and we’ve made many new friends.

In July, I turned 78. Karen and I will have been married for 53 years in December. I can be reached at steveross10@gmail.com. 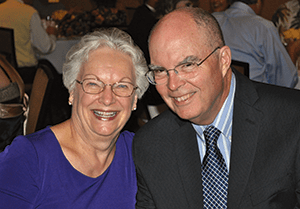 Where is Dennis McGillis now?

When Harry Abramson asked for a summary of my life and history with the Southern California Chapter (SoCal)of ERA, including information about how our chapter created so many innovations, I couldn’t say no.

Born in Los Angeles in 1944, I grew up in the San Gabriel Valley. My parents came from Minnesota in 1941. Dad was the GM of Plumb Tool in Los Angeles through the war. Mom was a legal secretary.

Frances and I graduated from high school in Covina, Calif., in 1961. In 1962, we married and I went to work as a technician at Consolidated Electrodynamics Corporation, a Bell & Howell Company, for four years in QC and engineering. I became itchy for more and decided on technical sales.

I joined the Paul Nurches Company, an ERA member firm, in 1967 as a field sales engineer. We attended all ERA meetings and Paul encouraged me to get involved. In those days, all business was done at chapter meetings with everyone having a say in every agenda item. They often lasted until midnight.

In 1968, our chapter started tabletop shows at customer facilities. I arranged the first one at TRW in Redondo Beach. Decades later, customers no longer wanted a bunch of reps in-house so we held fewer, but larger shows in hotels or restaurants.

One of our principals hired me as their sales manager in 1971. After a couple of years and holding two other positions, I learned corporate life was not what I wanted. Shortly thereafter, I had the opportunity to start my own rep firm and join ERA.

In 1980, with help from several members, SoCal ERA created an educational program at UCLA for members to raise their knowledge significantly above other reps. Our chapter paid half the tuition. How could we say no? 50 members took the (normally) $5,000 executive MBA course. All agreed it was amazing! We didn’t call it CPMR because that wasn’t created yet.

After years of involvement on committees and being a board member since 1968, I became chapter president in 1995. By this time we held board meetings prior to chapter meetings and spent only minutes reporting to the chapter on business matters. We started the Owner’s Forums in 1995. These popular lunchtime events brought owners together for lightly structured discussions several times per year while avoiding freeway traffic. We announced a topic, a moderator (usually Harrison Frank) started the conversation and helped it cover the important points. We always had several topics waiting for future forums.

Several members started meeting for breakfast on Fridays at a Tustin cafe. It worked well and it grew. A dozen or so reps regularly shared information and fellowship. We later started them in Chatsworth and Manhattan Beach.

The rep business is lonely. You see your own guys, but rubbing shoulders with peers is rare. Breakfast cures that. During the pandemic, a bunch of guys still meet on Fridays via Zoom.

Through the years, SoCal ERA had many active committees. In 1998, we had 46 people on 11 operating committees plus others on the Wescon and ECI boards. Committees did the work while the board provided oversight. Many hands lightened the workload.

When Bob and Lee Myers retired in 2000, I was elected executive director. Chapter innovation had been normal for many years as it left a long string of good events and creative thinking. Frances and I knew we had a long history of successes to live up to.

Our chapter separated from Wescon in 2000. Southern California and Northern California ERA chapters had acquired a portion of Wescon in 1973, sharing ownership with IEEE. Our volunteers promoted the shows, staffed committees and provided management services. Ultimately, Wescon shrank as the electronics industry did in the 1990s and ceased to exist a few years later.

Every week in 2001, we were sending several emails to each member. Some complained it was too much. While Bob had written a terrific printed monthly newsletter, it required printing and mailing plus services from an outside vendor at a cost of several hundred dollars per month. We continued it for a few months, then switched to a weekly email newsletter which included member messages.

We tried to recruit everyone who could make a contribution and recognize all who contributed so they would do it again. The more members involved, the better. Our December chapter meetings always included plaques for board members and committee heads.

Frances and I were proud that the Southern California Chapter earned ERA Chapter of the Year status eight out of nine years while in our care.

Along with our tabletop shows, the Orange County Electronics Expo Fairgrounds Show also proved popular for exhibitors and attendees.

Several distributors regularly participated in our chapter meetings and shows. In 2004, we invited them to join as a special class of chapter members to improve participation and communication. We also added a distributor representative to our board of directors. Each year we tried to have one or two blockbuster chapter meetings, plus several educational meets and a few social gatherings. At one chapter meeting, we had a technical program on computers, cell phones, email, software and more. Fourteen presenters participated in a two-hour program and everyone loved it!

Reps love to talk with each other. We tried to keep the conversation going at every event.

In 2010, Frances and I announced our plan to retire in 2014. As the time grew near, the chapter threw a terrific party in our honor. It was very special and we recall it fondly, as we do all of our ERA friends.