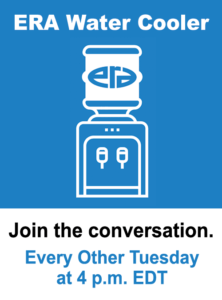 When companies evaluate moving to the manufacturers’ rep model as their go-to-market strategy, one of the primary objectives is to build on the complementary line portfolio of the rep. From a rep perspective, a complementary product portfolio that aligns with the target markets and key customers in their geography is critical to their growth. These fundamental goals are clear and are the foundation for mutual success.

When the interpretation of the word “complementary” by the rep is perceived as “conflict” by an existing or potential principal, these mutual goals are at risk.

This paper is intended to assist both reps and principals in providing guidance on suggested ways to objectively categorize perceived or potential conflicts. The intent is to provide alternative approaches for consideration to resolving conflicts in a way that can allow the rep/principal relationship to continue to drive the growth in revenue and profits that both parties are working together to achieve.

In 2019, there were more than 15,000 mergers and acquisitions (M&A) in the U.S.¹, with many more pending going into 2020. Although the COVID-19 impact on business has temporarily delayed some of this M&A activity, it is also conceivable that the resulting pandemic economic impact on many companies will drive this activity to an even higher level.

The recent and ongoing M&A activity will undoubtedly result in many manufacturers’ reps with expanded product and technology offerings in potential conflict with those currently on their line cards.

Also, being that reps’ product offerings are directly aligned with the markets and customers they serve, their current lines are always striving to introduce new and alternative technology which could also be perceived as a conflict by another of their lines.

The challenges this poses for a rep are both strategic and financial. Strategically, the line card represents a portfolio of products and technologies that define the rep to their customers. They are invested in these lines, in some cases for many years. A loss of one can diminish the rep’s total value to their customer base. Financially, if a choice has to be made to drop a line due to a perceived conflict, the loss of commission revenue can significantly impact the rep firm’s ability to re-invest into the tools, personnel and technology required to support the demands of its principal, as well as the evolving customer design and purchasing requirements.

The principal also can be negatively impacted if their rep must decide on dropping another line or being terminated as a result of a perceived conflict. If the rep opts to leave, the principal now must search, hire and train another alternative rep firm. The loss of developed relationships and the learning curve associated with this new line can be lengthy, and the cost associated with this can be significant.

These facts all support the need to address perceived or potential conflicts with an objective, open-minded approach. The mindset instead should be: How can we make this work for our mutual benefit?

When a manufacturers’ rep and their principal address a potential conflict, it is obviously critical that the principal reviews this from a perspective that provides an understanding of the true impact on their business in order to evaluate appropriate next steps. Very often, the potential conflicts would be referenced as either “hard” or “soft.” When addressing something as consequential as conflicts, these terms need to be put in a more definitive context rather than leaving them to a general and somewhat broad interpretation. It starts with classifying the potential conflict into three categories:

Alternative product – The referenced conflict is a direct replacement to the principal’s product or technology or is so closely aligned with their brand, it cannot be differentiated. For example, a product that is the same in size and performance and would be a drop-in replacement. It might also be a product or technology (though not an alternative) whose brand is defined as the principal’s primary competitor.

Evolving product – The referenced conflict may be a product or technology that the principal is either planning on evolving to a focused product in the future or one that it is de-emphasizing and has an exit strategy in place for it. Does the exit plan include an alternative product for its current customers, or is the market or application for these product(s) no longer a strategic target for the principal?

Opportunity – How would a perceived conflict represent an opportunity for a principal? Does this referenced conflicting line fill a gap in a principal’s product portfolio that positions it as complementary? If the rep can fulfill customer needs with the “gap” product, will it reinforce the Rep and principal’s customer position and deter customers from pursuing a competitor with a broader line, potentially risking all the business? This “gap” approach often works with products such as switches, connectors, micro-controllers and other technologies where manufacturers differentiate their product offerings for specific markets and applications.

Each of these classifications has different implications to a principal and each has a variety of options to consider when working through them with the rep. The next section will address some of those options.

As noted, the classification of the conflict will help define the impact on the principal’s business. Would it have a negative impact, or could it ultimately have a positive one? In all cases, there are options to consider that would enable both parties to mitigate any potential risk and continue to enable the rep, strategically and financially, to support the principal’s growth objectives.

The following are some examples of how principals and reps have resolved conflicts. The intent is to share these approaches in order to provide alternatives for consideration when a potential conflict arises.

Example – A rep’s principal (principal A) acquires a company, who has a product that now puts them in potential conflict with one of their other lines (principal B). The rep had a significant decision to make. Will they have to resign one of these lines, both of which are very important to their business, or can a coexistence approach be proposed that will satisfy the principal’s concern relating to conflict and allow the rep to remain financially whole in the process? The following options are proposals for consideration:

As noted in the introduction to this paper, one of the cornerstones of the manufacturers’ rep value proposition is its offering of complementary products. As their principals grow through M&A and strive to provide customers with more cost-effective and improved alternative technologies, this inherently presents the potential for unintended conflict. It is important to assess these perceived conflicts from a broader perspective and to look at every alternative, such as those noted in this paper, to make it work for the mutual benefit of both the manufacturers’ rep and the principals.

Special thanks to the following ERA manufacturers’ representatives members who contributed to this white paper by providing insights on this important topic. 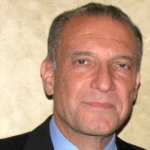 ERA Consultant Cesare Giammarco has been in the field of sales and sales management since 1971, with 35 of those years in the electronics component industry. In those 35 years, he has instituted, managed and integrated manufacturers’ reps globally into multiple organizations. Giammarco can be reached at cesaregiammarco@gmail.com.