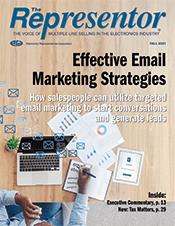 The 2022 ERA Conference Committee announced that FutureSight Labs Founder and CEO Seth Mattison will be the keynote speaker at the upcoming conference, scheduled Feb. 27 – March 1, 2022, at the AT&T Hotel and Conference Center in Austin, Texas.

Mattison will open the 2022 ERA Conference program on Monday morning, Feb. 28, with the presentation “The Emerging Future: Building Future-Ready Organizations and High-
Performing Cultures to Compete and Win in The Decade Ahead.”

As an internationally recognized thought leader, advisor and top-rated keynote speaker on talent management, change and innovation, digital transformation, leadership and the future of work, Mattison inspires audiences by sharing actionable strategies to drive meaningful outcomes for individuals and their organizations.

Over the past decade, Mattison has shared his insights with thousands of business leaders around the globe for many of the world’s most recognizable brands, including Mastercard, Johnson and Johnson, IBM, The Dallas Cowboys, AT&T, PepsiCo, GE Energy, E&Y, Caterpillar and The Walt Disney Company, to name a few.

As we enter the second decade of the 21st century, leaders prepare to face an unrelenting and continuously shifting landscape of change and transformation. At the 2022 ERA Conference, Mattison’s keynote presentation will empower leadership teams to meet the decade ahead with confidence, clarity and conviction.

Attracting more than 150 attendees, the event was a success and is expected to return as an annual event held in September.

LINKEDIN TO SHUTTER SERVICE IN CHINA

LinkedIn announced in October that it is going to shutter its platform in China. The decision marks the biggest departure from China by a major tech company in years. The company, which is owned by Microsoft, said a “significantly more challenging operating environment and greater compliance requirements” by Beijing authorities were behind the decision. LinkedIn is the only major American social network allowed to operate in the country. Other social media services like Twitter and Facebook have been blocked in China for years. However, LinkedIn isn’t abandoning China completely. The company said it will offer its 50 million Chinese members a slimmed-down version of their platform: an app focused just on job postings. China users will not be able to share or comment on posts — a key feature of the LinkedIn platform elsewhere in the world.

SEMICONDUCTOR MARKET TO SURGE THROUGH 2022

The semiconductor market grew by 10.8 percent in 2020; however, it is expected to easily clear that bar in 2021, with 17.3 percent growth. The report noted that growth is being driven by “mobile phones, notebooks, servers, automotive, smart home, gaming, wearables, and Wi-Fi access points,” along with increased memory prices.

Depending on demand, there is also the possibility of a decline in late 2022 or early 2023. The various first and second-tier foundries have increased production at existing facilities and are building all-new fabs around the world to handle anticipated long-term demand. If currently high levels of demand do not continue, the semiconductor market could find itself with an enormous glut of additional capacity no one needs.

He founded Roger Ponto Associates in 1980 and held several leadership positions with ERA from 1985-1997, serving in various roles on the executive committee, including chairman, VP/audiovisual group, VP/education and director of industry development.

In 1999, Roger Ponto Associates was dissolved and Roger and his son, Gary, created GP Marketing, specializing in security and surveillance products.

He was inducted into the ERA White Pin Group at the Bermuda Conference in 1986 and was recognized as a Life Member of ERA in 2000.