Converting LLC to S Corporation: What you need to know 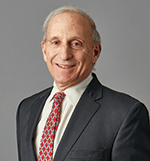 A founding member of the firm, Bruce chairs the firm’s transactional and tax practices. He concentrates on federal tax, estate planning and general business matters.

Many sales representative organizations, like other businesses, are structured as limited liability companies (LLCs). The preponderance of LLCs with more than one member are treated as partnerships for tax purposes. Some multi-member LLCs elect to be treated as corporations and in such cases, many elect S corporation status. Similarly, most LLCs with only one member are disregarded entities and treated as sole proprietorships for tax purposes although the same election to be treated as corporations is available. LLC formation is relatively straightforward and, particularly for those LLCs without employees, income tax reporting is relatively uncomplicated.

As many sales representative organizations begin generating larger amounts of income, LLC members or owners contemplate converting their organizations to S corporations. One of the common motivations is the payroll tax savings that can be achieved through an S corporation structure. This of course begs the question as to what is involved in the conversion of an LLC to a corporation and how the payroll tax savings can be achieved.

LLCs, like S corporations, are pass-through entities meaning all of the company profits, losses, gains and other items, while reflected on the entity tax returns, are taken into account in computing the income of the members. In addition to being subject to income taxes, a member actively involved in the LLC’s business must treat the entire member’s share of LLC earnings as self-employment income on the member’s personal income tax returns. This subjects the member’s income to payroll taxes largely consisting of social security taxes (e.g., FICA taxes) and Medicare taxes. While FICA taxes phase out after a certain threshold amount of income is earned, there is no cap on the Medicare tax imposed on self-employment income.

More specifically, in 2021, the first $142,800 of the income of an LLC member active in the business will be subject to FICA tax. As self-employed individuals for tax reporting purposes, each LLC member must pay the full amount of the FICA tax obligation. This differs from the employment setting where this obligation is equally shared by employers and employees. Moreover, a member’s entire share of LLC earnings is subject to the 2.9 percent Medicare tax and this must all be paid by the member. In the employment context, the Medicare tax obligation, like the FICA tax obligation, is equally shared between employers and employees.

The key difference is that distributions of profits and other items from S corporations which are not paid in the form of salary are not considered earned income for tax purposes and are not subject to employment taxes. This creates an incentive for S corporation shareholders to reduce their salaries and receive S corporation distributions free of payroll taxes.

As S corporation shareholders seek to minimize their salaries, the collateral consequences of doing so should be considered. Company contributions to profit sharing and pension plans, for example, are based on the amount of salary reported so that an owner whose salary decreases may also receive a smaller share of company-paid retirement plan contributions. Similar consequences can apply with company-sponsored group life insurance where coverage is based on salaries paid. For those S corporation shareholders who routinely receive salaries below the FICA wage base, lower salaries may ultimately result in lower social security benefits. The prospective loss of these benefits, if any, must be weighed against the potential payroll tax savings.

Prior to the effective date of the S corporation election, the LLC must report its income consistently with past filings. If there are more than one LLC members, the income and other tax items for the pre-election period must be reported on a partnership income tax return and if there is only one LLC member, then income and other tax items must be reported as a sole proprietorship. From and after the effective date of the election, the company’s income is reported on a corporate income tax return but allocated to the shareholders who report the income based on their pro rata ownership of company stock.

With LLCs that have more than one member, there are sometimes different arrangements as to the manner in which owners share in profits and losses and cash distributions. S corporation rules require that income be reported by the shareholders proportionately based on stock ownership. If an LLC operating agreement permits disproportionate allocations of income, loss, distributions and other items, those provisions must be modified. To the extent S corporation owners wish to share income in a disproportionate manner, they can pay differing salaries to the owners to accomplish that objective; distributions must nevertheless be proportionate.

Changing times and circumstances may cause business owners to rethink their business structure. For the LLC seeking to become a S corporation, the seemingly simple means of conversion should only be undertaken after all of the consequences are properly considered.