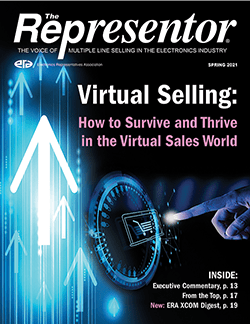 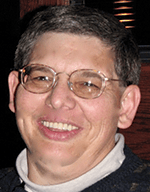 I live in a small town. Every small town in America has a local diner — you may know the place — where the locals meet (in-person) for a meal, solve all the world’s problems and impart wisdom beyond the ages.

Many years ago (sometime between the last two world-changing pandemics), I was the beneficiary of the insights of a regular gathering of men that converged on our local diner early on Saturday mornings. In our place, the breakfast menu would read, among other things:

Each week, the banter between some of my more seasoned friends — I’ll call them Bob and Ray (because those are their names) — and the waitress would go something like this:

Waitress: What can I get for you?

Bob: I would like the second egg please – over easy.

Waitress: Okay, two eggs over easy – would you like toast?

Waitress: Bob, you can’t just get the second egg.

Bob: Orders his (one) over easy egg with wheat toast … and smiles knowingly.

Waitress: What can I get you, Ray?

Waitress: Ray, you know that you can’t combine orders.

Bob is no longer with us and Ray is ordering his egg(s) in Florida for much of the year now, so I don’t (or can’t) enjoy their company on a regular basis anymore; but I recall with fondness their ritual, tongue in cheek negotiations for favorable “second egg” terms with the waitresses. These were always done in good humor. Neither friend looked for unfair advantage from the restaurant, nor expected anything other than fair pricing for their meals.

However, as I prepared this column, some troubling observations made me wonder if we have a “Second Egg” mentality developing in our industry that is not so benign.

For example, as manufacturers advance the theory that newly appointed representatives should not be compensated for an existing business in a territory since “they didn’t create it” — is that a second egg approach? Historically, income is paid on residual business in recognition of the cost of the foundational work of the sales organization that does not always tie directly to an order. Similarly, when the principal decides that most (or more) of the accounts in the territory are going to be house accounts — is that a second egg mentality?

How about when a principal decides that new business development should be incentivized by reducing historical commission rates on “legacy” business to prioritize activity, is that a second egg approach? (Note that I am specifically differentiating from those who would provide true incentive by increased commission rates on new business development or focused product while maintaining traditional rates.)

Finally, when a start-up manufacturer believes that the rep “is calling on the customer anyway,” so there is no cost for the rep to present their line to that customer, are they ignoring legitimate costs? All that a rep has to sell is their time, and all investment of time has a cost – is not sharing in the cost of that time investment a second egg approach?
An earnest word of caution and balance here. I realize this has been a one-sided commentary. We always ask, “Why did the chicken cross the road?” never questioning the existence of the other side. That is true here as well. I do not question the existence of arguments from the other side that, in the interest of fairness, should be addressed also. I have not, simply due to space constraints.

Finally, as with any viewpoint article, some of you will be shaking your head vertically in agreement and others will have a horizontal reaction. I also recognize that there will be those who may think I have stretched this story a bit too far and laid an egg, and perhaps I have. Regardless of which camp you are in, I hope we can use the “Second Egg” story as food for thought and open discussion! I welcome your comments and feedback.

I look forward to industry breakfasts with you at the EDS Summit in Las Vegas in late August; and as always, can be reached at ctanzola@fusionsourcing.com.