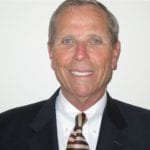 Walter E. Tobin is the CEO of the Electronics Representatives Association (ERA). In a new interview, he discusses the current state of the electronics industry, and some of the biggest obstacles that the ERA faces.

At the same time, distribution is facing manufacturer consolidation and shifting alliances among many of the major manufacturers as they fight for share of mind and try to protect their IP with the end customers.

In some cases, this consolidation has resulted in margin erosion, thus affecting the top line gross profit margins for the channel. Time will tell what affect this may have on the ability to continue to field fully staffed branch offices and field engineering resources.

Mantey: In your opinion, what are the greatest obstacles that reps and manufacturers face?
Tobin: Manufacturer consolidation, tracking global splits, ASP
[average selling price] erosion, and overall declining commission rates are their major obstacles for reps.

Manufacturers’ obstacles include how to rationalize the combined company after a merger, and how to satisfy Wall Street with continued improved EPS [earnings per share] and ROWC [return on working capital].

Mantey: What can be improved? What is working well?
Tobin: The industry needs to work in a more collaborative manner. Reps, distributors, and manufacturers all [need] to show the end customer a strong value proposition. In some cases, this does not happen as often, or as well, as it should

Mantey: How has the industry changed in the last year?
Tobin: Many major manufacturer consolidations have resulted in changes in the channel and rep lineups.

Mantey: What can be done to improve the manufacturer-representative relationship?
Tobin: Reward performance with a fair commission rate, and understand that all of the non-selling activities that are required, like Salesforce.com and other funnel updates, take away valuable selling time. Also, be able to track splits, pay fairly on out of territory sales, and be aware of ASP erosion.