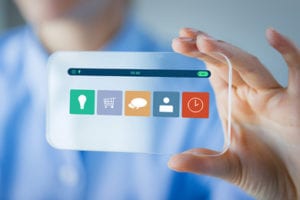 According to a recent University of Minnesota story, a team of its researchers have developed a new nano-scale thin film material that could change the landscape for electronics.

The new film has the highest-ever conductivity in its class and could lead to the development of smaller, faster and more powerful electronics, as well as more efficient solar cells.

“The high conductivity and wide bandgap make this an ideal material for making optically transparent conducting films which could be used in a wide variety of electronic devices, including high-power electronics, electronic displays, touch screens and even solar cells in which light needs to pass through the device,” said Bharat Jalana, University of Minnesota chemical engineering and materials science professor and the lead researcher on the study.

Most transparent conductors in electronics use a chemical called indium. Because the price of indium has continued to go up, there has been an effort to find alternative materials. However, the new transparent conducting thin film uses a novel synthesis method.

According to the University of Minnesota, the researchers grew a BaSnO3 thin film (a combination of barium, tin and oxygen, called barium stannate), but replaced elemental tin source with a chemical precursor of tin. The chemical precursor of tin has unique, radical properties that enhanced the chemical reactivity and greatly improved the metal oxide formation process. Both barium and tin are significantly cheaper than indium and are abundantly available.

The research was funded by the National Science Foundation (NSF), Air Force Office of Scientific Research (AFOSR), and U.S. Department of Energy.