Source: Electronics Representatives Association – Representor Winter 2019, Where Are They Now?

Thanks to ERA decision makers, I’ve been given the opportunity to recognize and pay homage to those retired reps who laid the groundwork for our association and our proud profession. I trust that you will find these profiles to be interesting, albeit brief. We are also open to your suggestions.

You may recognize my name from hundreds of articles that have appeared in industry publications such as Electronic Distribution Today,Agency Sales and Better Repping to name a few. Speeches and seminars also ensued.

I write this column because I truly wonder, “Where are they now?”

These contributors were my/our mentors and heroes and they deserve to be recognized
in The Representor’s new column, “Where are They Now?”

Have a healthy, happy and prosperous New Year! 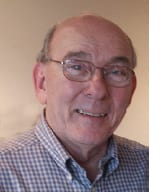 Where is David Locke now…

In June of 1956, when I earned a degree in Electrical Engineering, being a Manufacturers’ Representative was the furthest thing I had in mind doing with my life. I was going to help push back the frontiers of science.

Fortunately, I accepted a position in the engineering department of a company in Cleveland, Ohio, where I met Jerry Kilroy, the area sales engineer with Neal Bear Corp. This was the era when vacuum tubes and magnetic amplifiers were giving way to semiconductor technology. In 1959, when I was being heavily recruited by Texas Instruments for a position in Dallas, Jerry convinced me to interview for a position with the Bear Corp. After spending an evening with Neal and Amy Bear, I had no hesitation in accepting their life-changing offer. Ten years later, I became the owner of the thriving Neal Bear Corp. It was then we began operating as Bear Marketing Inc.

Neal and Amy’s philosophy was that “You can’t just take from the industry you serve — you have to give back to help make the industry better for everyone.”

In 1959, this led to my participation in ERA at the chapter and national levels, eventually becoming a White Pin Member. Also, I received the ERA Honor Award in 1997 and then Life Membership in 2002. In total, a 58-year relationship with an organization that has indeed made the electronics industry a better place for all.
Along the way I served two years as president of the Electronic Industry Show Corp. and also served on the advisory boards, and consulted on management transition for other privately held companies.

Bear Marketing provided some of the funding for the establishment of MRERF.

Since “retiring,” I have been able to devote more time to a long-time hobby of photography, especially making fine art prints from the digital files (dlockephotos.com). Also, I have supervised the restoration of a church
property in Cleveland, Ohio (cotsumc.org), built new carports and concrete restoration for a condo association in Deerfield Beach, Fla. (hillsborocove.com), and most recently helped establish the Friends of Deerfield Island Park (friendsofdip.org) — a 501(c)(3) non-profit nature center in Deerfield Beach.

What I miss most about ERA is the association with so many talented people so willing to share their knowledge with their fellow representatives.

My wife Dori and I have been blessed with 62 years of marriage. We raised two sons, have good health, three grandchildren and now one great-granddaughter.

Four years ago, when we moved to St. Andrews Estates in Boca Raton, Fla., I told Dori I was finished with boards and committees et al. … so now I only chair the Capital Improvements Committee and serve on the Maintenance Committee … so much for being finished.

I am pleased to report that Neal Bear Corporation that started operating in May of 1946 is now Bear VAI Technology Inc. and beginning its fourth transition of ownership and management. 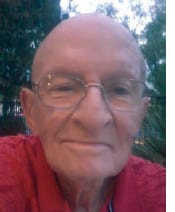 Where is Harry Paston now…

Reflecting at age 92 on a long and fruitful life, my years as a manufacturers’ representative and ERA member stand out as the most rewarding of my several careers

Following Army service overseas in WWII, I graduated from the University of Wisconsin.

In 1953, Neal Hunter and I founded Paston-Hunter Company, representing consumer and component manufacturers in the Upstate New York market. Our representation of many major manufacturers at a time of tremendous industry growth proved very successful.

Success in the rep business can be attributed to hard work and dedication. But the real credit goes to the “community relationships” among ourselves and dozens of fellow reps throughout the country, unselfishly sharing information, concepts and smart practices we developed through our ERA membership.

Because of this, my participation in the association continued to grow — first at the local chapter level, then at national through participation on committees and the board. Ultimately, I became chairman of the Insurance Trust, helping enlarge member programs. The Trust also participated in acquiring the ERA’s Chicago headquarters property at the time.

In 1991, I sold Paston-Hunter Company and moved to Scottsdale, Ariz., embarking on a new career as a vice president of a billion dollar residential, commercial and golf course real estate development company with properties in the U.S. and Europe.

Continuing my concept of community involvement, I served as chairman of the city Planning Commission and chairman of the city Budget Committee among others and participated in Arizona politics. I also became a reserve deputy sheriff on the Maricopa County Lake Patrol. My love of golf propelled me into another leadership role as president of the preeminent Troon Country Club.

Ultimately, my wife Mary Rose (Ro) and I moved in 2012 to Las Vegas to be near two of our daughters. We also have another daughter, a son and one grandson. I continued my community involvement as a volunteer with the Las Vegas Metro Police Department.

Ro and I traveled throughout the world on business and pleasure, which included attending many ERA conferences and meetings. After she passed away in June 2018, I have continued an active independent life, still staying in touch with many friends from my rep days.

Looking back, I can report my participation in ERA helped shape a life “dedicated to sharing.” With the many awards, accolades and honors I received, none meant more to me than my 1980 induction into ERA’s Hall of Fame!