> Where are they now? Bernard C. Newman, Jr. and Joel Schwartz

Source: Electronics Representatives Association, The Representor Summer 2019, Where are they now?

We did it again!

All of us at The Representor wonder if we could find ERA’s early cornerstones that helped lay the foundation for our proud association. Well, we did!

Before you even start reading this WATN (Where Are They Now?) column I feel compelled to share the enthusiasm and energy these two gentlemen radiated. Bernie came across as sharp and energetic just as he did when he carried the proverbial salesman’s bag, and indeed, he was an exceptional salesman. He probably still is!

When I called Joel, I asked his secretary for his cell phone number. She responded, “You just missed him!” Yes, he is still active at 79 years young! I humbly thought that all reps at that age were retired enjoying the fruits of their labors, but au contraire, Joel is still at it because he loves it.

Read on to see why these two guys are phenomenal. 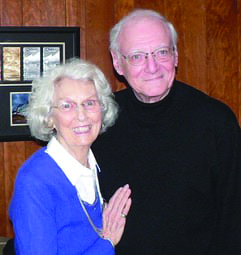 My involvement with ERA began in 1956 when I was hired by the F. A. Daugherty Co., a Buckeye Chapter member, to cover western Pennsylvania and West Virginia. In 1960, I left to establish the Newman Sales Company, subsequently joining with a half-dozen other Pittsburgh-based reps to form the Keystone Mountain Chapter of ERA. Following several terms as Chapter Delegate, I was elected to serve on ERA’s Executive Committee (XCOM)as the association’s Treasurer. After four years on the XCOM, the last two as senior VP of Activities, I was appointed to the ERA Insurance Trust Board of Trustees, a position I held until becoming ERA’s Chairman of the Board in 1989.

Retirement in 1991 opened the door to a wide range of volunteer opportunities, and at some point in the past 28 years, I have taken advantage of quite a few, including a counselor at a crisis intervention center; taught students pursuing a GED; a reader to the visually impaired; a participant in a medical mission to Guatemala; tutored in our local literacy program; and even served as a tour guide on a WWII submarine! Quite a variety, but each rewarding in its own special way.

None of this journey would have been possible without the love and support of my wife, Nancy. Our marriage of 68 years has produced three daughters, five grandchildren, and so far, seven great-grandchildren. Unfortunately, we’re the only ones left in Pittsburgh, but travelling to places in California and Florida to see them is always great fun, and something we try to do as often as possible.

I have always been proud of my profession and to have been an ERA rep. In April 1991, at the association’s biannual conference in New Orleans, I was inducted into ERA’s Hall of Fame as its 17th member. To be so honored by one’s peers is as humbling as it is gratifying.

ERA enjoys a prominent presence in today’s electronics industry. As every old-timer well knows, such was not always the case! Sustaining the existing level of influence will be an ongoing challenge. I am confident that ERA’s members, and their leaders, are equal to the task. 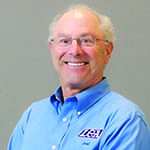 Where is Joel Schwartz now …

As a manufacturers’ representative since 1965, I’m still proud to be an active owner and President of LCA Sales Company. My wife, Ellen, and I acquired LCA in 1979. Covering New York through Virginia, LCA has sold components, consumer products, sound, signal, A/V and security products with primary focus on security products since the late 90s. LCA has been very fortunate to have extremely knowledgeable, experienced, long-term and loyal employees.

I was born in the Bronx and moved to Yonkers, N.Y., when I was five. I met Ellen when she was 12 and I was 15. We both attended Roosevelt High School. I received my BSEE from Stevens Institute of Technology in 1962. By attending classes after work, I earned my MBA from Fairleigh Dickinson University Business School in 1966 with a double major in Finance and Marketing. My master’s thesis included detailed surveys of how manufacturers’ representatives can obtain new lines and help find principals good reps. These surveys were subsequently included in three articles that I wrote for The Representor in 1967.

Upon graduation from Stevens, I began a career with General Precision, designing and testing inertial guidance systems for Mobile Medium Range Ballistic Missiles (MMRBM) and AJN8 Fighter Planes. This was during the Vietnam War and Cuban Missile Crisis, and I was granted a critical skills deferment and secret security clearance.

Ellen and I were married in 1963 and moved to Little Falls, N.J. In 1965, I was offered the opportunity by Ellen’s father, Paul Nichols, a founding partner at LCA, to work as a sales engineer for the company. This allowed us to return to our native New York and start our family shortly thereafter.

I became active in ERA’s Metro New York Chapter, and in 1979, became a Chapter VP. In 1980, I became ERA’s National VP of the Sound, Signal and Security Division. I attended ERA conferences and XCOM meetings every year, and received ERA’s White Pin Award in 1984. In 1985, I became ERA’s Senior VP.

Over the next few years, I also served on the Board of the National Sound and Communications Association (NSCA) as its Show Committee and Membership Chairman. In 1985-1986, I served as a Director of the Electronics Industry Show Corp. and the Electronics Distribution Show (EDS), and worked to expand MRERF. Rep membership, benefits and participation were always the goal.

In my various positions within ERA, Ray Hall was always a good friend and driving force, accelerating my learning curves and productivity. Karin Derkacz, Tom Shanahan, Tess Hill and Janet Hipp were wonderful staff members I could always count on to get the job done right!

Mentors were instrumental in my progress. ERA Legal Consultants, David Fisher and Gerry Newman, were invaluable friends in so many ways. Tim Coakley and Jess Spoonts were always available for top notch professional guidance. Bruce Anderson and David Locke were also very helpful.

My 1994 ERA Hall of Fame Award, presented at PGA National Resort, in Palm Beach Gardens, Fla., was truly the highlight of my business career. Shortly after, Ellen and I purchased an on site condominium and golf membership there, which we still own and use for winter vacations. Over the years, we’ve had some great times during remote ERA XCOM and BOD meetings with Ray and Pat Hall, Dave and Nona McCoy, and others.

Another accomplishment I am proud of was helping create a peer group of rep friends that met periodically in remote locations to brainstorm, discuss creative business ideas and help solve each other’s problems.

In 1967, at LCA, I had the idea and opportunity to create a small cable assembly manufacturing and distribution company that provided unique cables, connectors and assemblies to local dealers. Bi-Tronics (now BTX Technologies) was formed and sold to our son, Gregory, in 2003. An engineer with an MBA degree, he has built it into a prominent company, selling a broad spectrum of professional A/V products internationally. Even better, we’re located in the same building and get to have lunch together when we’re both free.

Back in 2015, Ted Curtin and I decided to try to convince the Security Industry Association (SIA) to accept manufacturers’ reps as associate members. We worked hard to make it happen, and finally succeeded in 2017. It was very gratifying to both of us, and we each received their Volunteer of the Year Award in 2018.

After 56 years (and counting) of a happy marriage with our two children and five grown grandchildren, I’m enjoying any free time we can have together. Ellen is retired, but works harder than any chef, gardener and carpenter, combined, that I’ve ever seen. My favorite pastime for decades has been golf. As an engineer, I’m always experimenting with new swings, unique clubs and training aids. While I was once a 9 handicap, today I play for the pure enjoyment of the game. We also use our timeshare, periodically, in Las Vegas, Newport, R.I., or Catskill Mountain resorts.

ERA has made a huge difference in my life and career. Thanks to everyone who helped and befriended me along the way!