Home → Current Posts → > Where Are They Now? Jim Houck Jr. and Russ Diethert

> Where Are They Now? Jim Houck Jr. and Russ Diethert

Life after the rep business

Our next two ERA notables are truly amazing men! As an example, when I called Jim Houck, a celebrated second-generation rep from Maryland, his wife said, “Sorry Harry, he’s out playing tennis!” Point being, he’s the same energetic guy at 86 who gets up early every morning just as he did during his selling days. Incidentally, please note the portrait of Jim’s dad in the background of his photo. He lived to over 100, a true rep centurion. Obviously, Jim and his father come from a special gene pool.

Our second ERA icon profiled in this issue is Russ Diethert, one of the most celebrated reps that our association has ever had. His many contributions started in the Chicagoland-Wisconsin Chapter and then onto ERA national. He did it all! He is also the first Hall of Famer that I have encountered who retired from repdom and went on to a successful second career. How is that for energy and drive?

I must admit that I am taken back by the extraordinary men whose bios have graced this column. If any readers feel that a fellow ERA man or woman is worthy of recognition in our publication, please do not hesitate to share their name and contact information with me. 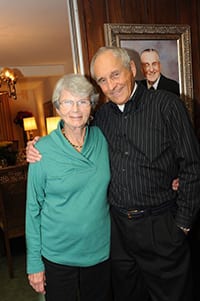 I am a young 86 year old, born in Frederick, Md., on July 4 (same birth date as my mother). My wife Barbara of 63 years and I have four married children.

My dad was already in the electronics world as a buyer at Bendix Radio in Towson, Md., until after the war. In 1948, he fortuitously went into the rep business. Some early lines were Price Electric, Sarkes Tarzian, Times Wire & Cable and Eastern Devices. They launched dad onto a very successful career path. He was also instrumental in forming the Chesapeake Chapter in 1958.

After proudly serving in the U.S. Marine Corps as a Second Lieutenant, Communications Specialist, I was honorably discharged. In 1960, I joined my father’s company. When our firm was appointed to represent Micro Networks and I was successful in three huge design wins at Westinghouse Defense; needless to say, it became our largest line. I then followed my father’s footsteps by becoming active at the local level. I went through the chairs and became chapter president in 1975 and ultimately served on the ERA Board of Directors.

I attended outstanding conferences in many spectacular places which gave me the opportunity to form many lifelong friendships. This resulted in obtaining many excellent principals. My ERA heroes were Ray Hall, Gerry Newman, Stan Herzog and John Doyle. Ray was a great CEO and a wonderful mentor. I only had the pleasure of meeting Walt Tobin when he visited our chapter meeting. The aforementioned aside, my favorite contact at ERA is Karin Derkacz who would bend over backwards to help on any occasion. She’s a gem! And of course, Tess Hill.

After dad retired, in 1981, I formed Walker-Houck Associates, a third-generation firm, which included my daughter, Janet, and son, Jim Houck III. I’m honored to boast, my son also joined the U.S. Marine Corps and served our country in Okinawa as a crypto-communications officer.

I’m blessed to have traveled to 28 countries. My hobbies are many including coin collecting, matchbooks, Pepsi cans and bottles, bird eggs and beach sands. My sporting interests include swimming (three miles, longest five in Chesapeake Bay), year-round tennis (two to three times a week), scuba diving and skiing in Switzerland, Japan and Canada.

I truly miss my ERA contacts and our association. 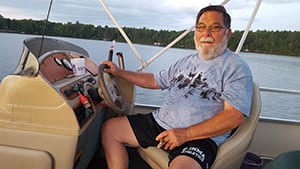 Where is Russ Diethert now …

I sit here today, at 77, having totally redefined my definition of old age once again. I still feel that is something in the distant future. Fortunately, I feel like a middle aged man who possesses the life and business experiences of a 77 year old. It’s great to be able to sit back and recall milestone memories like when I was 26. I was in Vietnam and my dad sent me 26 birthday cards and it took almost 26 days for me to get them all.

When Harry called and asked if I would write something about myself for The Representor, I was honored and humbled. I’ve always felt humble about my ERA involvement. Probably because I gained so much from that wonderful experience. Going to meetings, conferences and board rooms put me next to many of the masters of the art of being a multiple line manufacturers’ rep, and boy, did I pick brains!

I can’t tell my story without telling you of my greatest gift. I am the son of Russell S. Diethert (1953 ERA President) who was one of the early reps in Chicago back when we were “The Representatives.” He mastered the art of synergistic selling before it was chronicled by Jack Berman. My dad started in the early 40s after working for another company that went out of business. He figured he couldn’t do any worse on his own. Boy, was he right.

By the early 50s and through the 60s, he represented every item it took to make a capacitor. I mean plastic cans, metal cans, paper, foil, tab stock and rubber seals. He even received a patent for designing a motor start capacitor cover with molded in tab inserts. You see, back then, Illinois, Indiana and New England were the capacitor manufacturing centers. He turned his patent over to one of his principals in exchange for the right to sell their parts to anyone in the business. That led to an office in the Carolinas because capacitor companies began building plants there. That was the first move for them before going offshore.

When I started in the business in 1963, Illinois was still an appliance and TV manufacturing hub. Sunbeam appliance had plants covering almost two city blocks. Not one person today.

Reps have had to become masters at adapting to change with “offshore manufacturing” being the biggest one. It wasn’t so bad when they just moved to the Carolinas.

ERA staff and volunteers worked hard to provide tools to help our members continue to adapt and add credibility to our membership. The Certified Professional Manufacturers’ Representative (CPMR) program was a great example of that. I was glad to be involved during that development and became a CPMR at Arizona State. I think we were the first class there.

My story is not much different than many others who have devoted 40 years to this business and ERA. I purchased the business from my father in 1970. I purchased another firm in 1975 and merged with another in 1985 to form LTD Technologies. In 2002, after my partner and staff voted to merge with another firm, I decided to phase out, which I did in June of 2003.

I had such great experiences on the Chicagoland-Wisconsin Chapter board, the ERA Board of Directors, the EXCOM, the MIDCON show board, the EDS show board and the Grayhill rep council. I was extremely honored to receive the ERA Hall of Fame prestigious award in 1993. I have a memory bank that is full of wonderful experiences. For the most part, participation in all of them gave me fuel to continue to adapt and succeed in the rep business.

The ERA staff at that time, as I’m sure they are now, was an all-pro team. To work with Ray Hall, Jerry Francis, Tess Hill, Karin Derkacz and Janet Hipp was a great pleasure and a great benefit to me and our association. There was a wonderful memorial service for Ray this past May and I was very fortunate to be able to attend.

My oldest son was killed in 1999 at the age of 25 and that took a lot of wind out of my sails. The business became more difficult for me. I figured the new company that my partner formed was on its way to great things so it would be a good time for me to change my life.

In 1987, I had purchased a home on a lake in Watersmeet, Mich., which is in the western most county of the Upper Peninsula of Michigan in the heart of the Ottawa National Forest, which covers about a million acres. Weekend getaways and vacation times were spent there for 15 years. It is truly a piece of God’s Country, but don’t tell anybody.

I wasn’t ready to retire, but I wanted to move up north. So, a second career was in order. I decided to sell fun for a living and purchased a Polaris dealership. At the time they made snowmobiles, ATVs and jet skis. Little did I know that they would be the first company to develop a two passenger ATV, now called Side by Side. The Polaris RZR started a revolution in the off-road vehicle industry. It has been a blast. The great thing is we have over 500 miles of trails in our local system which provides ever-changing riding opportunities depending on the season.

Just like the rep business, I’ve had to adapt to industry changes, demands and a changing market.

This Spring, I sold my business to one of my competitors and am finally RETIRED! It only took me 56 years, but I am happy to report: THERE IS LIFE AFTER THE REP BUSINESS!!! If you would like to reach out, please email me at rfd403@aol.com.

On a sidenote, I’ve enclosed a picture of Maria, my beloved purebred mutt of a companion. I recently had to end her fight against Blastomycosis. It is a terrible fungus that gets in their lungs and is highly fatal. Maria also had it in her nervous system and the vets at the University of Wisconsin Veterinary School clinic worked around the clock to try to save her. What a wonderful, caring staff they have there, but once the disease progressed into her brain, there was no stopping it.

I urge any of you reading this who have pets who spend time in the woods where there might be decaying vegetation to take quick action if they ever develop a deep cough. Maria will not be missed by our local wildlife, but she is definitely chasing chipmunks, squirrels, deer, raccoons and an occasional bear in heaven.