Home → Current Posts → > Where Are They Now? Jess Harper and Dave McCoy

> Where Are They Now? Jess Harper and Dave McCoy

Source: Electronics Representatives Association, The Representor Winter 2020 – Where Are They Now?

Honoring those who came before us

I have written hundreds of articles, but admittedly, I find it extremely gratifying to write about and recognize those representatives who laid the groundwork for our proud profession. In this issue, I have had the pleasure to share the history of two highly acclaimed industry veterans: Jess Harper and Dave McCoy.

How many reps do you know who were born in a log cabin? Well, I just met my first! He is Jess Harper, an ERA Hall of Famer and a Vietnam veteran. Dave McCoy, like Jess, has made innumerable contributions to our industry and association as well. Interestingly, but not surprisingly, Dave is still at it. Both Jess and Dave epitomize the qualities of those outstanding representatives who have previously graced this column.

ERA CEO Walter Tobin expressed his gratitude to Jess, Dave and all the industry veterans for their commitment and contributions to ERA: “We always want to honor those who came before us … who paved the way for us … who dug wells for us to drink from … and now we need to dig wells for those who follow us. It is our HONOR to recognize you and your great leaders who gave so much to ERA and made it what it is today — a YOUNG and VIBRANT organization!” 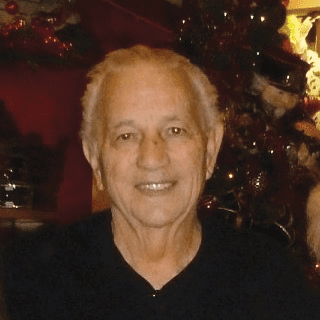 Where is Jess Harper now …

What a lucky guy I am! Born in a Kentucky log cabin and delivered by a midwife I somehow managed to grow and prosper. I love my life, my wife and the business that was so good to me … exceptionally good! Mom and dad were prolific. I am the oldest of eight children. Poverty was commonplace in Kentucky and working for a dollar a day was not unusual. Can you imagine?

My wife Susan and I love south Florida and never take the good weather for granted. We’ve been in the same house for over 40 years. We previously lived in Cincinnati and then on to Indianapolis.

In my youth, I was easily influenced by popular TV shows and wanted to be a cowboy or a lawyer. I also had a passion for sports, but quickly realized that it wasn’t in my future.

Okay, I needed a job so I joined the army and ended up going back to boot camp in Ft. Knox, Ky. There, I won a Pt Trophy, which I won again at Ft. Gordon, Ga.

After active duty, I landed a job with the P.R. Mallory Co. and learned about electronics.

In 1966, I married Susan Dunn; we had two beautiful children. I am a graduate of Indianapolis University (1966) and UCF (1972). Mallory transferred me to Florida at a time that the industry was booming and we broke all sales records. Hot accounts included Cordis who made pacemakers and Motorola. They both used our batteries and capacitors.

Together in 1970, Cameron Cardy, Bill Keikes and I formed CBC Electronics, a components rep company. The team was exceptional! Again, we won many awards and ultimately made good land investments. Susan and I liked travelling and even started our own travel agency. After 10 years with CBC I retired and played golf with friends and associates, but that was short-lived.

I needed to legitimize my expenses, so, if for no other reason I started EPM Corp. in 1980 partnering with Pete Specht and Russ Timmons. The southeast territory continued to thrive and so did we. However, the states needed revenue and created a problem for the rep industry called “A Service Tax.” They were taxing reps, but not our direct sales competition (manufacturers). Our way of going to market was in jeopardy. EPM was profitable, but the tax was a real problem! I started protesting; the Florida Sunshine Chapter of ERA saw my passion and elected me to the Board. Soon after, we won the battle and Florida dropped the service tax; fortunately, other states soon followed.

In order to promote the world of repdom, I saw another way to help by asking to lecture at the university’s engineering department. Here is where I planted the seed that graduating EE’s had a viable opportunity to be a professional salesman.

Our chapter also invited distributors and manufacturers to attend our meetings. We promoted joint sessions with SMTA of which I was president.

It’s around this time that I met Ray Hall, my mentor. Ray knew more about industry associations than anyone I ever met. He was a major player in trade shows. I’m proud to say that I was elected to ERA’s Board of Directors and served as president and chairman. I feel strongly that the year I was president we had the best BOD ever assembled. It was also the year that MRERF was founded. This was funded by White Pin members at the London ERA conference. The Florida Sunshine Chapter donated $5,000, as well as myself. Many rep firms and chapters also contributed. Other milestones in my career included the establishment of CPMR classes at Indiana University and later at Arizona State. I proudly accompanied Ray when he was honored into the Hall of Fame of Association Managers. I served on the Southcon BOD and was a “White Pin.”

Lastly, medical issues are part of my history which included non-Hodgkin’s lymphoma, a pacemaker and diabetes. Fortunately, my cancer is in remission, my pacemaker is working as well as the pills for chemo and high blood sugar. I walk every day and I’m feeling fine. I sold EPM and retired. My greatest sorrow has been the passing of friends and relatives. I currently love to travel, enjoying my computer, reading, watching sports on TV and following the grandchildren’s activities. 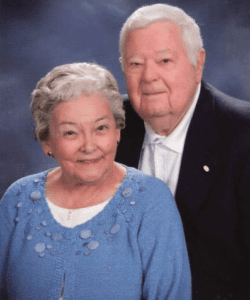 Where is Dave McCoy now …

I started my career in electronics working for a regional electronic distributor branch in Memphis, Tenn.There as a very young man I met Jim Cartwright, president of the prestigious Cartwright & Bean Inc. (C&B) rep firm. I was fortunate to be offered a position with C&B working from the Memphis area until we were asked to relocate to New Orleans, La. I worked there for nine years during the 1960s. In 1969, I was transferred to the Atlanta office to become sales manager of our company.

C&B has operated as a manufacturers’ representative since 1932. That is an incredible 88 years! Our company grew to encompass the six Dixie Southeast states of North Carolina, South Carolina, Georgia, Alabama, Tennessee and Mississippi. We later sold our Florida division to our employees. Then I was blessed to receive the great opportunity to serve as president of ERA, president of the Electronic Distribution Show (EDS), and served on many of our principals’ rep councils. I was also one of the reps who advocated point-of-engineering and point-of-sale commission credit. This was not an overnight endeavor and ultimately resulted in fair compensation for all electronic reps.

Furthermore, I am most grateful for being selected into the ERA Hall of Fame. I feel very blessed to have received these honors and opportunities and thank those principals, distributors, and fellow representatives for them.

My wife, Nona, and I have had the great privilege of working with and becoming good friends with industry notables over the years. Among them are James and Betty Cartwright, Everett and Helen Bean, Ray Hall, Bob Trinkle, Bruce Anderson, Gene Foster, John Merchant, Joel Schwartz, Jess Harper and Larry Brown. These are a few of the many special individuals we had the honor of getting to know. They all had a significant influence on my career.

We have not put a date on my retirement as I still feel good, energetic and enjoy our business. Nonetheless, we are preparing for that eventuality.

Being a representative for so many world-class manufacturers has been a richly rewarding profession. I have been blessed to be able to spend my entire career with the same company; one I was ultimately able to own. There were many along the way who helped and many I had the privilege of helping.