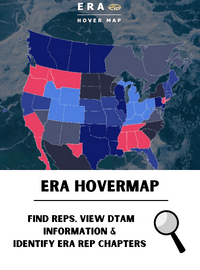 The first quarter of 2015 has been promising for a strong year in the AV and electronic security markets. This is due to new construction and upgrades to IP from analog systems.

The industry is seeing new products being introduced after a bit of a dry spell during the economic slowdown. There is a lot of momentum behind OnViF-compliant cameras. This is an IP-based security standard in CCTV that allows an integrator to use multiple brands of CCTV camera manufacturers on their VMS for customer installations.

I am seeing more AV installations headed towards bluetooth connectivity so any device can be shared to a small huddle group or presentation room. IP is also gaining ground in AV installations. This is true not only for control systems, but there are companies that are offering IP addressable speakers for a complete digital installation.

There is no doubt that the lines between IT, AV and CCTV continue to become blurred. A trend that is emerging from these market synergies is that more low-voltage accounts are purchasing their products from the distribution channel where possible. As a sales rep, if you are not working closely with your distribution branches, you should rethink how you are supporting your local branches.

There is still a shortage of seasoned technicians available in this industry. Several of the integrators I spoke with say that the work they have already booked will occupy most, if not all, of 2015, and they are not looking for any additional work unless they can find more qualified personnel. It is looking like it will take several years to replace the technicians who departed the AV and electronic security markets during the recession, which will impact the rate of market growth year over year.

In summary, 2015 looks like it will be a growth year across the board. It truly looks like we are finally climbing out of the economic slowdown. Competition is greater than ever, and prices are being pushed down across the board. However, there are lots of opportunities in the markets, so this should be a good year for all of us.

Markets are relatively flat, but increased testing may bring an uptick

Many industries, such as electric utilities, mining and water/waste water processing, are expanding their control systems via ethernet-based I/O products. With the rising price of gold and silver, many mines are requesting capital funds for plant upgrades and expansion. Even titanium processing plants are upgrading their facilities in anticipation of future increased prices. Ethernet and wireless I/O are very cost effective methods of adding to existing legacy control networks.

Throughout many plants, especially in the food and beverage industry, there is an increase in the number of parameters that are being measured. In food and beverage, the usage of individual ingredients is being monitored very precisely to maintain their individual recipes. There are two reasons for this — the accuracy of the batch for the recipe and to eliminate waste of materials.

Sensor calibration hardware sales are on the increase. Again, there are two reasons for this upturn — ensuring accuracy of the measurements in the field and increased agency regulations. Documenting calibrators are leading the way in calibrator sales. These types of calibrators store the measured values automatically which eliminates the human error aspect of measurement.

New technology can be a double-edged sword

Technology makes life better. Well … most of the time. In the last issue, I mentioned that we had decided to move a good portion of our IT operation into the “cloud.” The decision was made, and we just had to take the time to make the transfer. Well, as is so often the case, we procrastinated, and the inevitable happened. The server died, and we were out of service until we could scramble to get the transfer done and a new server installed to handle the “inside” stuff. As I write this, the essentials are in the cloud, and the IT guy is supposed to be here within the hour with the new server. I never had a Rolodex crash or the old manual Royal typewriter let me down.

All that is said to point out how vulnerable we are in this digital, cyber-based world we live in. Just ask Sony, Target, Home Depot and a host of others about that.

It’s going to get a lot more interesting, and quickly. Here is some food for thought on what may be just around the corner. Medical wearable items are already a reality. What if those get combined with a GPS so when you buy that Big Mac or a nice plate of fettuccine, information is sent to your insurance company, and five cents is added to your insurance premium. If you smoke, when you buy a pack of cigarettes, another nickel is added. Closer to home, my insurance company asked if I wanted to install a device in my car that could help lower my premiums. This sounds good on the surface, but the device will track speed, how many quick braking stops I make, etc., and there’s a disclaimer that it could impact my insurance rates.

In the MAPS world, we see robots/automation doing much of the work in assembly — for the most part more efficiently and certainly faster than their human counterparts. We are seeing vision sensors inspect things once done by human eyes — again more efficiently and faster. One headline that caught my eye was “3D vision-guided robot cuts chicken fillets.” That will probably eliminate a lot of cut fingers. Another was, “Google introduces operational self-driving car.” I’m not quite sure I’m ready for that one.

The title of an article I recently read about the technology subject pretty well described it as “The Double-Edged Sword.” We certainly embrace technological advances, but we also need a lot of safeguards in place to prevent them from destroying, rather than enhancing, our lives.